By Pwol Benjamin Dature, Jos August 8 2022 Ex-Plateau Governor, Chief Joshua Chibi Dariye has just secured his release from the Nigerian Prisons, this is coming months after he was granted a presidential pardon by President Mohammedu Buhari. Chief Dariye who was being persecuted by the EFCC for N1.16 billion fraud was on June 12, 2018 sentenced to 14years in prison for criminal breach of trust and 2years in addition for misappropriation of public funds, all to run concurrently. Justice Adebukola Banjoko of the FCT Court before whom he was standing trial for a 23- count amended charge, found him guilty of 15 of the counts bordering on criminal breach of trust, misappropriation of public funds but discharged him on 8. Dariye, was first arraigned on July 13, 2007 at the High Court after which he proceeded to Appeal court with an application to quash all charges but were all dismissed. Furthermore, the Apex Court ordered accelerated hearing of the fraud case against him, thus necessitating
Post a Comment
Read more 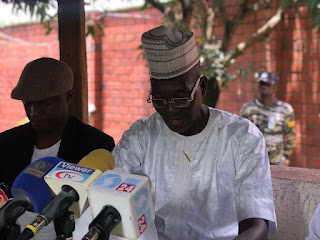 •Says Dakum not a Labour Party member By Golok Nanmwa, Jos  Governorship candidate of the Labour Party in Plateau State, Ambassador Yohanna Margif, has said that he is still the authentic flag bearer of the party in the state, urging the people to disregard anyone parading himself as the new candidate of the party. Addressing newsmen in Jos on Sunday, Margif said no doubt, some individuals had approached me requesting that I relinquish the hard earned ticket to them but being the serious minded Politician that I am, I felt it will be unwise to toy with the party mandate and the peoples trust hence my stern refusal to grant their wishes. In his words "Surprisingly while I was strategically going on with my campaigns , My attention was  drawn to a purported and illegal primary election by some disgruntled political elements who disguised themselves as members of Labour Party in Plateau State in which one Dr Patrick Dakum emerges as my replacement." He added that "While I f
Post a Comment
Read more 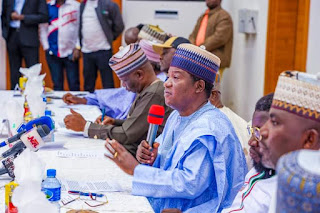 In continuation of the consultations towards rebuilding the burnt Jos Main Market, a stakeholders meeting has been convened by Plateau State Governor Simon Bako Lalong to sensitize the citizens and get their input into the process of carrying out the project.  Governor Lalong while addressing the participants, said the stakeholders engagement was a deliberate effort by the Government to educate and sensitize the people on the proposal for rebuilding the market and also dispel the misinformation, rumours and misconceptions over the project which has generated needless controversy.  Lalong explained that rebuilding the Jos Main Market is part of the fulfillment of his Campaign promise to restore the lost glory of Jos which relied so much on the iconic market that was the best in West Africa and attracted traders, tourists and visitors from within and outside the country until it was burnt down over 20 years ago.  He said the Government made several efforts to rebuild the market by advert
Post a Comment
Read more

I would not betray the people of Plateau - Gov Lalong 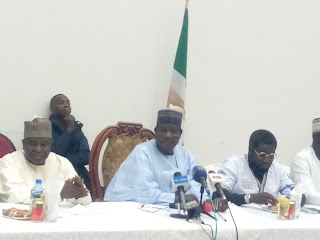 By Goloknmwa, Jos Plateau state Governor Simon Lalong on Saturday said that he can never betray  the  people of the state. "I would always continue to stand with people of the state and work for the development of Plateau." He made this known while speaking at a stakeholders engagement with various groups in Jos to deliberate on the rebuilding of the Jos main market. He said "Let me make it abundantly clear that the Jos Main Market will forever remain the property of the Plateau State Government managed by the Jos Main Market Authority while the 40 year lease is for individuals that will buy the shops and not Jaiz bank."  My dream is for the market to be built, Lalong further added. Gov Lalong also vowed to fulfill his campaign promises ,I would always put the interest of the people of Plateau first at all times, I want the best for the people of the state and would always stand by them. I am not here to destroy legacies, I am determined to better the state. He add
Post a Comment
Read more 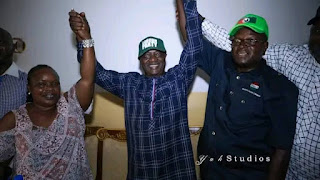 •Labour Party pays passersby, street traders and hired thugs to act as delegates, affirms Dr Dakum as flag bearer Earlier we reported about the turmoil in the Labour Party's camp, time they say will always reveal the true identify of a person. Politics is neither a do nor die affair, and the spirit of sportsmanship is the greatest virtue any leader should possess. After series of complain by Dr Patrick Dakum which eventually birthed into a court case of which he alleged malpractice during the APC gubernatorial primaries, which saw Dr Nentawe Yilwatda emerged winner, the same Dr Dakum has turned to be exactly what he has all this  while accused else of been. This time it was an unthinkable desperation by use of finances, influence and power to short change the duely elected flag bearer of the Labour Party, Amb. Yohanna Margif. Firstly, a letter of consent was forged in the name of Amb. Margif, concocting falsely that he has voluntarily withdrewn from the race under the platform of L
Post a Comment
Read more 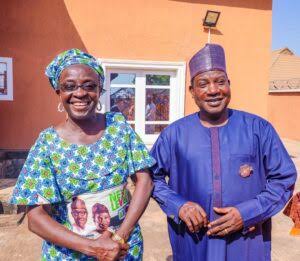 By Golok Nanmwa, Jos Senator representing Plateau South Senatorial district in the National assembly Prof Nora Ladi Daduut, has congratulated the Governor of Plateau state over his appointment as the Director General of the  Bola Tinubu Campaign organisation. It could be recalled that Asiwaju Bola Tinubu along with APC National Chairman Sen. Abdullahi Adamu on Thursday presented Governor Lalong to President Muhammadu Buhari at at the Presidential Villa Abuja. A statement signed by Senator Daduut and made available to newsmen in Jos reads that   “Let me congratulate my Governor, Simon Lalong on his emergence as the DG campaign Director to the Flagbearer of the APC  Presidential Candidate, I have no doubt in his capacity to deliver on the mandate." Senator Daduut expressed confidence in Gov Lalong to deliver on the mandate and called on members of the party to rally round him to succeed. In her words, "I am optimistic Governor Lalong will deliver the next president as DG campai
Post a Comment
Read more

ARE YOU TIRED OF LIVING ON ONE STREAM OF INCOME? 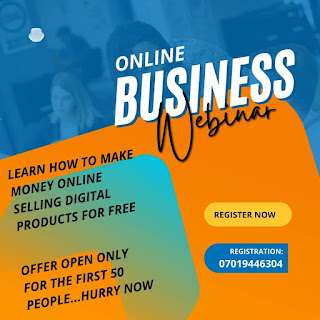 Online business has taken the internet by storm. People no longer do businesses relying on traditional marketing and advertising to get their products/services seen by their target audience. Learning the nithy gritty of this can make you financially independent making money at the comfort of your homes. We are marketers who know all there is to know about online buinessses/marketing strategies and best practices.  Join the winning team and comfortably live a financial free life...
Post a Comment
Read more
More posts