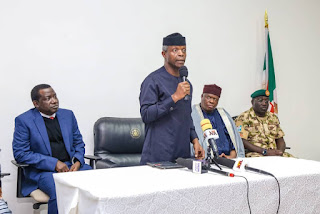 The federal government is set to establish mobile police barracks at Gashish district of Barkin Ladi local government area and other parts of the state where persistent killings have been on.

Our reporter who was at the Plateau State government House in Little Rayfield said  far reaching decisions were  reached between the federal and the Plateau state governments on recent massacre of villagers in Barkin Ladi, Riyom and Jos South local government areas.

Reports from insiders said, the vice President Prof Yemi Osinbajo who arrived Jos today on a condolence visit agreed to the establishment of mobile barracks in Gashish and other settlements  prone to attacks. Aside this, our reporter who was on ground at the meeting which just ended a while ago at government House Rayfield said, the federal government is to spend part of the N10billion on rehabilitation of communities and villages ravaged by crisis in the country in plateau  so as to get displaced persons back to their farms and homes.

The vice president it was further learnt directed National Emergency Management Agency- NEMA to move in with relief materials to the affected communities and directed security agencies to fish out perpetrators of this dastardly act and be punished.
According to reports other palliative measures reached at the meeting which stakeholders agreed upon are being worked out so as to bring lasting peace to the state particularly the Northern senatorial zone where these spades of crisis have persisted since 2001. According to statistics over tens of thousands of people have been killed in gruesome manner raising doubts as to the sincerity of the government to confront headlong this hydra- headed monster.

Stakeholders who were present at the town hall meeting had in attendance the Gbong Gwom Jos, Da Jacob Gyang Buba, the President of the Plateau state council of chiefs and the Paramount ruler of the Berom people. Rev. Yakubu Pam, CAN chairman, 19 Northern states and many more. 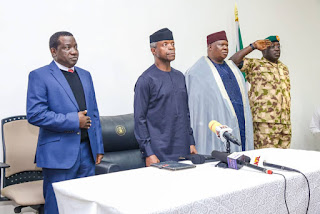 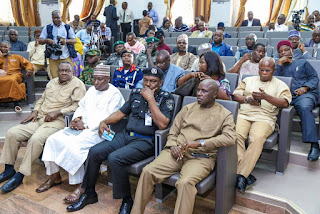 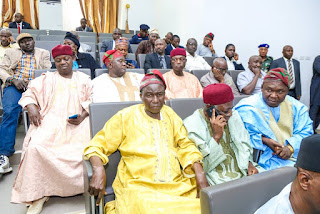