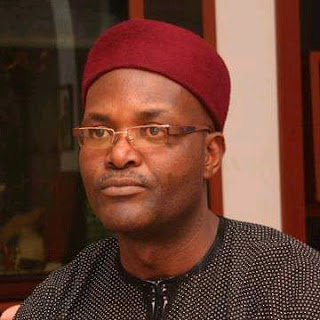 Commissioner for commerce in Plateau , Hon Aku Joseph Abbey ,on friday said the present administration under the leadership of the Rescue  Mantra Hon Simon Lalong is the most business friendly ever  ."

He made this known while speaking at the Plateau special day at the ongoing Jos trade fair.

"The technical plant audit of the Jos International Breweries has been concluded ,and investors have been in serious discussions for its bounce back , the JIB had been a major employer of labour in the state , therefore its return on stream will be a big win for us as a state ."

"The payment of salary by government has helped in injecting more than two billion naira into the economy every month and this ha sustained the life line of the economy of the state .

"The rescue adminstration through the ministry of commerce and industry has redeveloped and enhanced the Jos main market we have concluded the process of the technical transaction advisory contract and then move to the final stage which is the concession  structuring options through public  private partnership PPP , the Jos main market has been successfully demolished to pave way for its redevelopment . "

In his words " The new tax law that was signed last year by the present administration has substantially eliminated multiple taxation which has created a conducive tax regime for bussiness to thrive ."

He said the return of peace has boosted both  economic and commercial activities in the state .

"  " in the same vein ,the state government has established a one stop shop where intending investors can come under  the same roof and process all documents , payments and obtain all permits in relation to establishing now industries under one roof ."

"The Highland bottling company (HBC ) Barkin ladi is now in full operation , the Gov water you see in the market is their full product while they have lined up a number of soft drinks for launching very soon  , these products will hit the market with a bang .

The fertilizer blending Plant Bokkos has been producing for a couple of years now and has it has not just substantially stabilized the price of fertilizers in the state , but it has served many neighboring states .