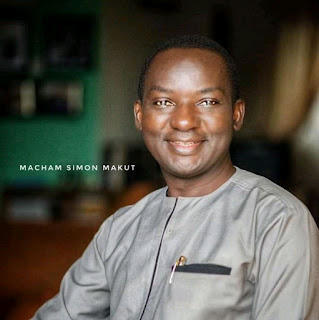 Pam Datiri , the spokesman of the group in a statement made available to newsmen in Jos reads that in less than 100 days in office,  the DOPA has done well in carrying out his duties so well and has a fantastic working relationship with Journalist in the state .

"We  describe his appointment  as  a round peg in round hole."

The statement read in part:”His  appointment is well deserved considering the fact that he   is a tested journalist with track record  of professional performance on the job."

"As a group we are  very confident that  Macham will continue to bring  his enormous wealth of experience to bear on  his assignments, and contribute handsomely to the actualisation of the  rescue mission  of the governor."

“The appointment  is based on merit as the governor is known to be very meticulous.”

"We thank Governor Lalong  for trusting youths with sensitive positions, and advised those appointed to justify that confidence."

It could be recalled that Governor Simon Lalong of  Plateau State some months ago  appointed Dr Makut Simon Macham as Director of Press Affairs, Governor’s Office.

Macham Makut, a seasoned journalist,  holds a Doctorate (PhD) in Media Arts,  and was, until this appointment, Manager News and Current Affairs at NTA News 24, Abuja.