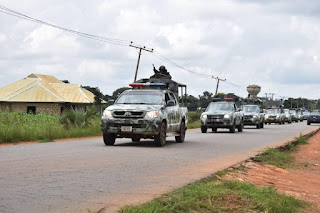 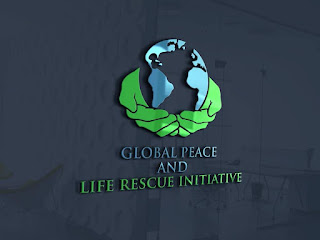 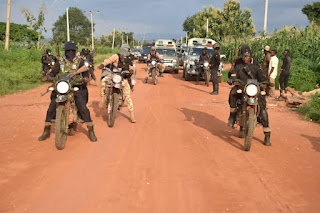 Southern Kaduna: CSO Commend President Buhari on Security appeal for deployment of more troops ,equipment
*Hails OPSH commander, troops on zeal to end skirmishes
*Tasks communities to expose criminal elements fomenting trouble
AGAINST the background of reported lack of manpower to prosecute incessant unabated crises in Southern Kaduna,a non governmental organisation,Global Peace and Life Rescue Initiative, GOPRI,has appealed to President Muhamamadu Buhari to as a matter of urgency deploy more troops and fighting equipment to the area.
This was as the group also strongly commended Gov Nasiru El-Rufai, Operation Safe Haven,OPSH,the internal military outfit responsible for security in Jos and Southern Kaduna and other security agencies working in Southern Kaduna for what it called "their tireless and professional efforts towards restoring peace and order in the area."
The group, working on sustainable peace building in Southern Kaduna and other restive parts of Nigeria, in a statement, Thursday,by its Executive Director, Amb. Melvin Ejeh and Dr Kefas Kure, the Southern kaduna Coordinator, also tasked communities in the area to key into peace-mending efforts of the federal government and Governor Nasir Elrufai of Kaduna state by reporting criminals involved in the crises to security agencies.
Thanking particularly the OPSH commander, Major General Chukwuemeka Okonkwo for what it called "his relentless efforts and genuine commitment" to seeing to the final end of the crises that have seen many lives and property lost for years",the organisation reiterated that it was time for the president to hearken to appeals from different quarters for reinforcement of troops and increment of hardwares to end the ugly situation.
"We strongly Commend President Muhammadu Buhari for his love for the country,  appeal  to  him to order more deployment of  air and land troops to the area. Southern Kaduna is very key to Nigeria and the lives of the people there matter.", the state said.
According GOPRI,the proactive measures being put in place by General Okonkwo and his exhibition of professionalism were major factors that prevented the escalation of the age-long crisis.
While describing the actions of some elements which have cut down lives of many in the past as barbaric, senseless, inhuman, and unjustifiable,the group tasked people not to give the actions religious colouration but handiwork of criminals.
"While some people find it very convenient to sit at the comfort of their bedrooms to criticize security agencies without going to the root cause of the crisis and the efforts security agencies are putting up to stop the age-long crisis, we as an organizations that is on ground since the  crisis in Southern Kaduna and solely doing peace advocacy and threat analysis,will advise that such mindset should stop.
Having undertaken an on-the-spot assessment of the crisis area,we make bold to state that the security agencies especially Operation Safe Haven are doing very well despite their numerous challenges ranging from lack of air support, logistics and lack of personnel.
" While not holding brief for the security agencies in any form,we note that Southern Kaduna has a large large marks and a population of over two millions people.
"How can less than 2000 security agencies do the magic of being everywhere at the same time? The group said in the statement.
According to GOPRI,"We must also know that the crisis is as a result of criminal activities from two side of the divide and until we drop sentiments and tell ourselves the whole truths about this crisis and expose the criminals amongst us, peace will be difficult to achieve in this area."
"The crisis in some parts of Southern Kaduna was avoidable if only we come together and work as team to defeat the criminals instead giving religious and ethnic colouration to the detriment of national security, patriotism and good conscience," it said,adding that:"The security agencies are human who need our total support, cooperation and trust to succeed in their quest to defeat the criminals."
"During our visit to the affected area yesterday again for peace and trauma healing advocacy, we saw massive deployment of troops of Operation Safe Haven in almost every location- from Manchok to Kafancha, to Zango Kataf villages and some villages in Kaura and Jema’a local government area.
"Some of the affected communities,during our interaction with them, commended the security agencies especially Operation Safe Haven for their timely response to most of the attacks,saying the situation would have been worse if not for their timely action," Ejeh added.
" We are therefore appealing to communities to be giving timely and accurate intelligence reports to the security agencies to enable them be proactive since they can’t be everywhere.
"We must learn to see the security agencies as our own instead of sitting  on the fence and be waiting for an attack to happen before we start blaming the security agencies," he stressed.