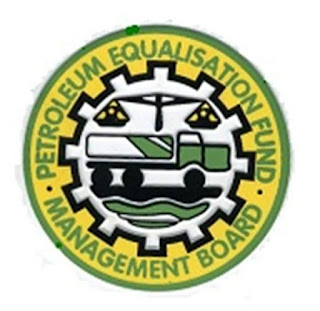 Uncertainty looms in petroleum sector, over agitation to scrap PEF


Independent Petroleum Marketers Association of Nigeria (IPMAN), on sunday  said that there is looming crisis in the sector, over agitation on the Federal Government to scrap the Petroleum Equalisation Fund (PEF).

IPMAN, made  this known  in a press release issued by its National Secretary, Alhaji Danladi  Pasali,  in Jos.

It said: "It is with great concern that we deemed it absolutely necessary to stress that the ills well agitation and pressure by some unscrupulous political elites, trying to mislead the Federal Government to scrap the Petroleum Equalisation Fund (PEF), under the Ministry of Petroleum, is to say the least an attempt at destabilising and sabotaging, Government ongoing feat of successes of reforms in the petroleum sector."

According to IPMAN, sections 2 of the PEF Act,
stipulates that; "The Fund shall be utilised for the reimbursement of oil marketing companies for any loss sustained by them solely and exclusively as a result of the sale by them of petroleum products at uniform prices throughout Nigeria being prices fixed by the Minister pursuant to section 6 (1) of the Petroleum Act."

They said they are pleased to say the agency is motivating them and Nigerian public in general to do business.

They said however, information reaching them revealed that the Ministry is under intense pressure to succumb to the unhealthy agitation, to scrap the PEF, which is not in any way a good omen for the sector.

"..and such agitation is nothing than looming crisis in the sector which will in the short and long run harm the nation and its stability," they added.

IPMAN said the agitators should clearly understand that,  marketers/consumers are sole contributors to the equalisation fund, against their wishful thinking that Government is spending monies on marketers.

"As contributors to the Fund, we have not in any way ever complaint or contemplate advising Government to scrap the PEF," they added.

"We want to put it on record that should it be scrapped, it will surely cause disparity in prices, wreak havoc on marketers, and inevitably push many of our members out of business.

"Besides pushing us out of business, Nigerians, in most part of the country stand the risk of buying product at hike prices, we see the danger of people buying at not less than N400 per liter or even above. In general terms the country's economy will face major setback," they said .

IPMAN said they are compelled to react because as major players and key stakeholders in the petroleum industry, it is also their responsibility to always call the attention of Government and indeed Nigerians, on any looming danger in the sector.

"Furthermore, it is our firm belief that the agitators, are only determined to sabotage Government efforts, of good reforms that will not only make marketers to trade with ease and confidence, but also make Nigerians to continue to afford petroleum prices," they said.

They alleged that the agitation has plain political under tune, towards 2023, while some politicians are planing to also come over to loots the funds.

'It is our strong belief that the Federal Government through the supervising ministry of petroleum resources, will not heed to the agitation, talk less of scrapping off the PEF.

"We further vehemently, advised that Government should  out rightly discard such agitation, that is anti progress, anti well-being and economic advancement of our country.

"We caution that we will not accept any plan to scrap the PEF," they threatened.