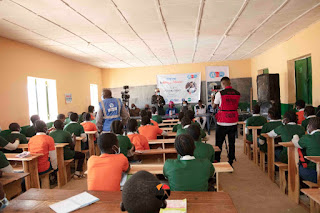 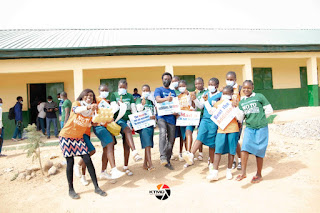 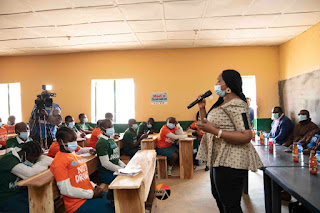 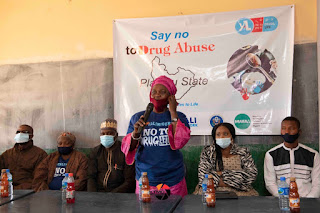 Worried  over the increasing spate of drug abuse among secondary school students in Plateau state, a non-governmental organization (NGO) the Young Africa Leaders Initiative (YALI) Network in collaboration with the US Embassy at the weekend  launched an aggressive campaign against drug abuse targeting 200 students in two public schools.

Speaking to newsmen in Jos  , the Plateau state Coordinator, Esther Mark, said they are also working together with the Mandela Washington Fellow.

According to her, "YALI is working to see how we can actually sensitize the young ones on the need to avoid drug abuse since is becoming serious issue on the Plateau.

"That is why we have come together to conceptualize this idea to see how we talk to the young ones and make them make credible decision at this stage of their lives. To see how they can make meaningful things out of their lives.

"It is not just ending here, we are hopeful to form clubs in schools here on the Plateau and Yobe. In these clubs, we will involve students to be part of it."

She said already, YALI Network has made efforts to identify some children who are under the bad influence of drug abuse, pointing out that, "what they will be doing at the end of the day is to be talking to each other. We will bring in the resource persons who will ginger them to see how they can avoid the painful habit and problem of drug abuse.

"We choose two schools for the project in Plateau State and we are looking for up to a hundred students in a club of each of this schools.

"So, for the students, we are talking with the principal. She mentioned some students who have already made commitment with the wrong people. So we are not limiting the club only on SS two students, we are pushing it to the whole school."

She added that, "the plan is that  they should  imbibe the culture and take other steps to avoid it drug abuse.

"It has mental effect on them. There is danger and connotation attached to it. You will see them misbehaving and as long as you mentally dragged you whom be able to achieve all you set out to achieve. And because we preach and achieving our dreams, we preach leadership you know this are the steps take to become what they want to be.

"There may be other issues but generally, we are looking at the mental imbalance disturbing the society and we want how it doesn't affect them. Because when it affect one, it affect the family and also affect the society!"

According to her, "to hold the campaign of this nature you need funding, you need resources. We are happy to extend to other schools.

"There is something we call a pilot project, so we just started. We see what we can do and how it went and then we go back to the drawing board to re-strategize.

"Our major focus at this point is public schools because most public schools don't have the right resources to teach and give students all the needs.

"So, we are starting with the public schools which are low income schools and as we are gradually progress, we can now go to other schools which is drugs free now come in. So we may not run the campaign in all the schools but we also set up a drug free clubs in other schools gradually the same teaching we are doing, the same thing will be incorporating."

Esther said, "there is also a community engagement partnership of the whole project after they have started a drug free campaign and a drug free clubs ove