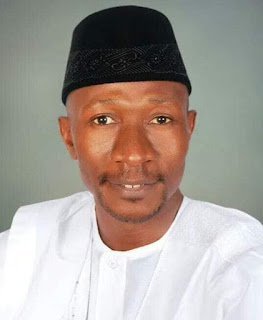 Jos North Local Government Council Chairman, Hon. Shehu Usman, has apologized to arrested youths by the Special Task Force (STF) over land dispute in Jos, saying he did not give order for their arrests neither did he take sides in the dispute.

Speaking to some journalists in his office Monday, Shehu said the issue of the land dispute in some parts of Jos North has lingered for a very long time, and that the government is putting all efforts to resolve them by setting a committee which has submitted its report. According him, while the committee has submitted its report and government has started looking into it, tension brewed recently, and the government deployed security agents to maintain peace and order, but to his great dismay, he learnt that some arrests were made and some of the victims were beaten with some being hospitalized.

He added that he went to the hospital and offset their bills and begged the STF for their release.

Shehu said that justice will be done to all parties, and he will never take sides in the dispute.

He regretted of the arrests, and said as a leader he has to bear the bunt, and that he is sorry for the unfortunate incident, and asked citizens to stay calm as government works on the report to dispense justice.