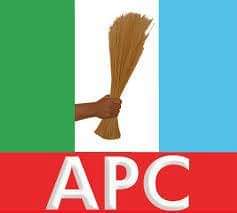 APC in a statement signed by Bashir Sati APC State Secretary in the State.

said the confused faction of the PDP in Plateau State is at it again! - making a storm in a tea cup over Governor Lalong's comments during an interview on Channels TV on Tuesday 23rd February 2021 where he was alleged to have said that not only herdsmen carry arms.

Predictably, the ever crude factional spokesman of the moribund party in Plateau State John T. Akans came out smoking from all cylinders in an attempt to resurrect the evaporated fortunes of the rejected PDP which has since been rejected by the good people of Plateau.

Apart from his mumbled rambling in the uncoordinated Press Release, he was sighted on different social media platforms dissipating energy in trying to make maximum gains from the Governor's appearance on the program. He viciously circulated a 34 seconds portion from the almost one hour interview with the hope to inflict massive damage on the Governor and the APC.

Alas, he succeeded hugely among the few, dispersed, gullible and disgruntled members of the faction of his party and a few other haters of Governor Lalong who derive pleasure in any venture that derides the Governor, and in their view capable of pulling him down using their usual score cards of religion, ethnicity and hate.

Sadly and very unfortunately, the total mission of the factional spokesman and his tattered faction failed woefully among majority of the people of the State and others around the world who are discerning, informed, intelligent and dispassionate in looking at issues from broad perspectives rather than the myopic tendencies of the dead PDP and remnant of its scattered flock.

For the benefit of those who did not watch the interview but relied on the propaganda extraction by Spokesman Akans and his team, here is what has generated sleepless nights for those the PDP want to brainwash.

"Today, we are now seeing the hazard of allowing people do open grazing here and there. But they (herders) also want solution; by the time you explain to them, they also want to stay in one place, they would also want to keep away from carrying AK-47. I’m not justifying anybody to carry AK-47 but don’t forget that in the course of our deliberations and investigations, it was not only Fulani herdsmen that were carrying AK-47, even farmers were carrying AK-47 to protect themselves. This is because of the failure of the security architecture which we must address immediately"

How this self-explanatory and patriotic comment has become a feast for the factional PDP opposition group beats the imagination because those who are objective cannot take just 34 seconds to analyse a one hour interview. Besides, the out-of-context voyage of the PDP does not hold water as they are inputing what the Governor never said.

For the benefit of the doubt, the Governor never encouraged or endorsed herdsmen bearing arms. Neither did he support any other group such as farmers, mechanics, kidnappers, politicians, cultists and other unauthorized persons in carrying AK-47 and other weapons. He merely cited the fact that because of the failure of security system, non-state actors including herders, farmers, etc are carrying arms, a situation that must be addressed quickly.

But the PDP faction twisted it to appeal to their isolated, gullible and disgruntled followers particularly on the social media by saying that Governor Lalong accused farmers of carrying arms. What an ingenious lie!

The question is, if the Governor wanted to make such direct accusation, will it be on TV? Is the PDP faction now the Chief security officer of the State? Do they have the intelligence report that the Governor has? Are they making excuses for people in possession of unlicensed arms? What point are they really trying to make? What is their goal?

Here is an advice to the moribund PDP faction:

1. Exploiting insecurity will never bring you back to power in Plateau State because the people measured your 16 years and found you wanting on all counts particularly on security.

2. Governor Lalong and the APC has succeeded in dymistifying your lies by restoring peace in the State, a situation that pains you dearly despite the fact that killings have drastically fallen to an all time low. He has succeeded where you failed woefully and you cannot stomach it.

3. The Governor's main goal of discussion on the program was to talk about how the insecurity in the country can be tackled wholistically and not to justify any illegal arm bearer.

4. To resort to the use of uncouth language "taut, yesman" in reference to a Governor by a party which is desperate to occupy that office is most uncharitable and condemnable. Only a denigrated opposition party can go this low. Thankfully, they can only dream of the seat.

5. Latching on this fabricated storm by the PDP faction to again call for the Governor to resign is not only disingenuous, but a dead-on-arrival proposition to appeal to the fantacies and emotions of a failed party. Governors do not resign because of press releases please and certainly His Excellency, Rt. Hon. (Dr) Simon Bako Lalong, KSGG, Executive Governor of Plateau State and Chairman, Northern Governors Forum will not resign! He has a job to do and he is doing it with all his might. He is not perfect, but he is focused.

Finally, the APC wishes to again advise and warn the PDP and its myriad of factions to stop making wild and inciting statements that further divide and polarise the people. They should either key into the consolidation of peace, security and the search for unity in Plateau State and Nigeria championed by Governor Lalong or keep their peace.