2023: Tinubu not too old to contest presidency - Plateau group 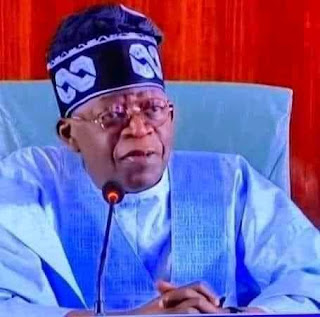 A Youth group in Plateau state operating under the  aegis of Youths Earnestly Ask for Tinubu, (YEAT, )on Sunday said the national leader of the ruling All Progressive Congress (APC), Bola Ahmed Tinubu, is not too old to contest the presidency come 2023.

The group also called on youths  of the country to  support the aspirations of the APC National Leader because he has all it takes to take Nigeria forward.

"Tinubu has the confidence, the vision, the capacity to rule, build on the foundation of  President Muhammadu Buhari as well as make Nigeria better," they stressed.

Our correspondent reports that after months of speculation, the national leader of the All Progressives Congress (APC), Bola Tinubu, recently formally declared his intention to run for the country’s president in 2023 recently.

National President of the group, Nimjul Pennap, who spoke with newsmen alongside other members of the group  in Jos said that Tinubu has what it takes to sustain the developmental strides of President Muhammadu Buhari."

According to the group, "we support  the declaration by the National Leader of APC Bola Tinubu, to contest the 2023 presidential ticket as Tinubu’s intellect and leadership attributes is needed."

Describing Tinubu's declaration as appropriate and a step in the right direction, the group also said the former Lagos State governor is not too old to lead Nigeria, especially that older people have led the country in the past.

"For a new and better Nigeria, Senator Tinubu is the answer and  we are willing to go to the length and breadth of the country to rally support for him to clinch the seat."

The group further added that Chief Bola Tinubu is capable of fixing Nigeria with his past experience as a former Lagos state governor.

"Tinubu is an achiever and does not fail in any task, he has also displayed himself as a truly detribalised.