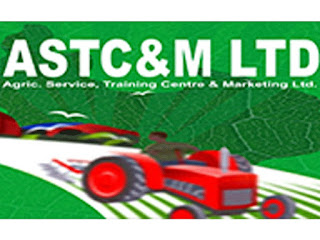 The Agric. Services Training Centre and Marketing (ASTC&M Ltd) Limited has in recent times made giant strides having trained over 4000 Plateau farmers in modern and better farming methods that have paid off in many ways.

Disclosing this to the press in Jos, Managing Director of ASTC&M, Dr. Susan Bentu said, “Currently, the Plateau State Government, being the major shareholder, through the effort of the Governor, Barr. Simon Lalong ensured the injection of funds for the repair of some of our tractors and harvesters including the upgrading of the Milky Way Diary Farm in Bokkos. The Dairy Farm is now expanded. New Breed of Frezian Cows have been stocked to increase the number of cows, a new processing line has been installed and the general environment of the farm and factory is upgraded. The production of Yoghurt and other dairy products leaves the factory for the market daily.”

She said the funding also enabled commercial rice farming during the last farming season. “For a start, we covered 1500 hectares of rice farm located in Shimankar, Boa and Gonvel. The harvest from these farms was a huge success and we plan to continue during the next farming season. Arrangements are now at an advanced stage to transform the greenhouses in Vom from demonstration farms to fully commercial farms.”

The Managing Director explained that “ASTC&M Ltd introduced Plateau farmers to modern and better farming methods, through improved seeds and seedlings, and best farm practices. We offer training and have already trained over 4,000 farmers. We offer services in all aspects of agriculture both to small and large scale farmers. Our impact includes the number of Green Houses evident on the Plateau. Some of our trainees have gone beyond the state, building Green Houses for interested farmers.”

Calling on farmers to feel free to access the services of ASTC&M Ltd, the Managing Director said, “We also want to inform farmers that our doors are always open; interested persons can always approach us to find out what we are doing.”

Dr. Bentu said that the company, which came into being in 2009, was an initiative of the Plateau state government and an Israeli company, formed purely to provide Agricultural services.

The Agreement, according to Bentu stipulated that ASTC&M Limited was to provide subsidized Agric services, inputs and training to farmers on the Plateau for five years, adding that “the intention was to build the capacity of the Plateau farmer and also, introduce him to modern and profitable farming methods.

“The first five years were to be known as a period of technology transfer. The foreign experts are to train farmers and staff who should take over from them at the end of their five year contract.”