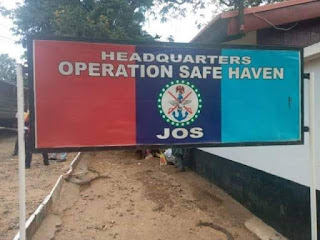 In the late hours of Tuesday 11 January 2022, troops of OPERATION SAFE HAVEN received a  distress call of an attack on Acha Community in Bassa Local Government Area of Plateau.

The troops responded swiftly and  mobilised to the village. On reaching the community, the attackers had fled the village. Houses were destroyed and some villagers lost their lives during the attack.

Troops of Operation SAFE HAVEN are on the trail of the assailants and details of the pursuit would be made available later.

The Commander Operation SAFE HAVEN Maj Gen IS Ali, while commiserating with the families of those who lost their lives during the attack has reiterated his resolve to ensure perpetrators of evil on the Plateau face the consequences of their dastard acts.