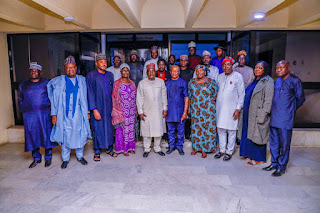 Plateau State House of Assembly , on Tuesday  resolved to officially write security formations in the state to intensify surveillance in communities that suffer from unwarranted attacks.

According to the state assembly, it is with a view to forestall ceaseless killing of people across Communities in the State.

Citing last week’s killing of four persons in a mining site, the lawmaker decried the carnage people in the community had suffered lately.

Contributing to the motion, members of the House noted stringent measures must be taken to address security challenges in the State

Speaker of the State Assembly Yakubu Sanda in a resolution expressed the House’s resolve to visit Communities affected by the incident.

Meantime, the House deputy speaker Saleh Yipmong in a motion called on Local Governments in the State, the State Legislative Arm, Development Associations as well as Formal and Non Formal sectors to key into the  Plateau State Contributory Healthcare Management Agency scheme so as to benefit from the State Universal Health Coverage initiative.

Members in support of the motion challenged PLASCHEMA to make its services more accessible to ensure effective publicity of its activities stepped down to the grassroot.

In a resolution, the House resolved to summon PLASCHEMA, Primary Healthcare Development Board and the State Ministry of Health to furnish it with information about its activities.