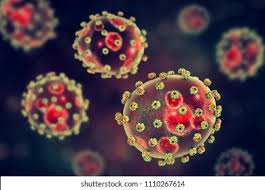 Plateau state  Government ,on Tuesday said it has recorded one case of Lassa fever in Jos North local government council of the state .

The state Commissioner for Health, Dr Nimkong Lar made this known while speaking with our correspondent in Jos .

Lar advised residents to be conscious of their environments and hygiene as part of efforts to curb the resurgence of Lassa fever in the state.

He warned against the purchase of food items which are often exposed to all forms of contaminations.

“I want to challenge residents to take the hygiene of their environment seriously, to guard against infection from any form of disease.

"We should learn to cover what we eat properly  and avoid eating rats and bush meat ."

“People should be mindful of the kind of food  they consume in view of the prevalent spread of the disease being recorded across the country.

Nimkong said the state government was prepared through the ministry of health to tackle any emergency and ensure that the epidemic does not spread.

The commissioner also called on citizens of the state to continue to wash their hands, maintain social distances and use hand sanitizers in public places.

He further said the Simon Lalong led administration is determined to revamp the health sector and make it one of the best in the country.