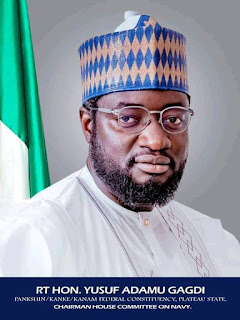 Member representing Pankshin /Kanke /Kanam federal constituency in the Federal  house of representatives Hon Yusuf Gagdi ,on Wednesday said there was no rift between him and the District head of Kabwir, Nde Dominic Gofwen.

Speaking while addressing some of his supporters in Jos ,Babayo Gagdi described the Monarch as his father whom he is so proud of and that he would never disrespect him

Gagdi said I have spoken and apologised to our Royal father and he described me as his son.

"I am human and I am bound to make mistakes."

He said he would always continue to put the interest of his people first at all times .

Gagdi promised more community-based projects to alleviate sufferings of people of his constituency.