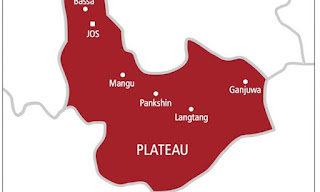 We are compelled to make a rejoinder to this article for many reasons. First because it is full of concocted lies and character assassination targeted at the political fortunes of Governor Simon Bako Lalong and his hard earned reputation. Secondly, we want to let the authors (who wrote under an anonymous fake group, Jos/Bassa Vanguard) to realise that we know them and are fully aware of this and other evil plans they have unleashed on the Governor and the APC in Plateau State. To our chagrin, the brain behind this write up is not even from the Northern Zone, nor is he from Bassa/Jos North Constituency. In order not to allow the concocted lies go unchallenged, we hereby dismantle it with the following points.

In the case of the Southern Zone Senatorial which the writers claimed the Governor threatened aspirants including former Chairman of Quaanpan who was removed by the Legislative Arm, this allegation is laughable and mischievous because all processes leading to the election were supervised by the erstwhile suspended Chairman of the Party Chief Letep Dabang a.k.a the Masquerade. If there was anything as such, the Masquerade and party hierarchy would be the ones to answer as they ran the show without any interference. Till today, none of those aspirants has made any comment that he or she was denied opportunity to contest the election and indeed non went to court over the matter. How is the Governor to blame now?We wish to say this is a big lie because even one of the aspirants, Chief John Dafaan agreed voluntarily to serve as the Chairman of Campaign Council when Prof. Nora Dadu'ut emerged. Is there any Harmony bigger than this in a democracy?

Coming to Jos North Local Government Chairmanship, the amorphous Vanguard Group claims that Governor Lalong imposed the current Chairman after all aspirants were hoodwinked by the Governor to accept his candidate. What a big lie! How can the Governor singlehandedly do such a thing when there are strong stakeholders in Jos North and a party management that is vibrant? Even though the former Chairman Chief Letep was on suspension when the elections were held, the Acting Chairman Hon. Enoch Fanmak was fully in charge and ensured that all the process was conducted fairly and transparently according to the party's guidelines. The Governor had no interest in who emerged from the aspirants as his interest is for the party to win, and it did. Governor Lalong is not a dictator and has never arrogated himself powers that he does not posess. His only interest is to grow the party in the State and see that it gives the people good governance.

Again, the writers came up with another unsubstantiated and defamatory claim that Governor Lalong has summoned aspirants for the forthcoming Bassa/Jos North Constituency bye-election and told them to drop their ambitions for his anointed candidate from Bassa. Without naming names, the amorphous Vanguard Group is yet making baseless claims that the Governor is interfering with the process of electing the candidate for the party.

We ask the following questions: is it the business of the Governor to determine the candidate for the party as an individual? Is he taking over the role of the party? Even if the Governor met any aspirant seeking to contest the elections, is that a crime or against the party's guidelines? As a father of the State and leader of the APC in Plateau, what is wrong if the Governor is involved in any engagement with party members whether aspirants or ordinary members. Should the Governor shut his doors to members of the party who seek audience with him ahead of an election that will be contested by other parties? Who does that?

We challenge the writers to name the so-called anointed candidate and also give the minutes of that meeting and the attendance list. Why are they hiding themselves even in writing this junk? Has any candidate complained publicly that the Governor stopped his ambition in a race that has not started? Those who are afraid of losing when the time of the elections come and know they have no weight, have started finding fault and looking for scapegoat in the Governor instead of selling themselves to the electorate and convincing the party faithful that they deserve to fly the party's flag. Please leave Governor Lalong alone! We beseech you!

Typical of the character of the brain behind this write up who is a manipulative, power drunk, frustrated and desperate politician still suffering from his ejection from the centre of power, the article went ahead to whip up ethnic sentiment which is about the last weapon still left to fight the Governor and the APC in Plateau State.

We wonder how they reached a conclusion that the Governor hates Irigwe people and wants them to play second fiddle in politics of the State. What is the evidence? We are not surprised because these same characters are the ones fuelling the insecurity in Bassa and always stocking the embers of hate with this toxic narrative that Lalong hates Irigwe people.

Of what benefit is it for a whole Governor to reduce his office to fighting his people? Lalong is one Governor with a difference who has redefined Governance by embracing all irrespective of religion, political, ethnic affiliation. He has vowed to do justice to all by spreading projects across the entire State notwithstanding those who voted or did not vote for him. He believes it is their democratic right to choose those to govern them and since his victory, he has declared that he is for all. His pedigree as a peace maker is recognized and celebrated the world over. This cheap propaganda cannot reduce him.

We stated earlier, Governor Lalong is one Leader that allows the structure of the party to function without interference despite being the Leader of the Party in the state. It is no news that he allowed the former Chairman to run the party without any interference untill the erstwhile Chairman got puffed up and ran it like his personal estate which made the national office suspend him for anti-party activities.

For the umpteenth time, we wish to again reiterate that Governor Lalong has no iota of dislike for the Irigwe nation whatsoever, and knows that there are many sons and daughters of the Irigwe nation that love, support and pray for his administration. He equally loves them and is doing everything possible to ensure that peace returns to their land and those who kill and maim innocent people are brought to justice. This merchants of crises using elections to generate hatred through write ups such as this have failed woefully.

One tends to be in doubt if the so-called "Bassa/Jos North Vanguard" are members of the APC, otherwise why crying wolf when none of the aspiring members of the party has complained of not being allowed to pick the declaration of intent form. We know who is stoking this fire and inciting them, even when he is from far away from the Constituency.

The final paragraph of the write up unfortunately batrayed and gave up the brain behind the concoction who is clearly a disgruntled member of the party that is bent on drowning with others by deceit, manipulation and lies. To say that the actions of Governor Lalong are driving ways members of the APC to the opposition party is a huge joke taken too far. We wonder what they are talking about.

If they are referring to the sham meeting convened by the suspended former Chairman of the party in Barkin Ladi, then they are hallucinating. That meeting has since been denounced, discarded and disowned by most attendees who were deceived to attending a "consultation for reconciliation", only to have their signatures of attendance being paraded as decamping to the obscure PDP.

We make bold to say that the APC is one big family whose members are always carried along and even when they have grievances, they sit and discuss to resolve. Those who are mouthing the fake decamping story are wasting their time because the APC is getting stronger by the day and is set to not only retain the Bassa/Jos North Federal Constituency seat, but also win all elections in 2023. The last Local Government elections were an appetizer.

The so-called Jos/Bassa Vanguard should note that no one can eat his cake and have it. Politics is about dialogue, consensus, lobbying and making people see reasons to support you. In these days where there is need for exhibition of duty of high sense of responsibility, the Governor will never support any action that will cost the party victory at the polls. APC remains the only vibrant party in Plateau State irrespective of the propaganda by amorphous groups like this.