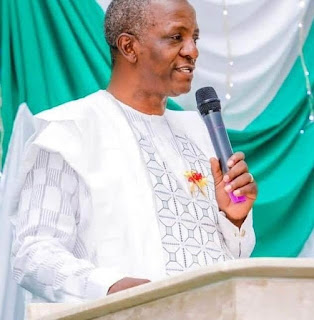 July 26,2020 Plateau APC  hails Buhari on Ari’s  re appointment as ITF DG By Golok Nanmwa ,Jos All Progressive Congress APC in Plateau at the weekend   commended President Muhammadu Buhari on the  reappointment of Joseph Ari  as DirectorPCGeneral/Chief Executive Officer of The Industrial Training Fund ITF.  This was contained in a congratulatory message signed by Hon Latep Dabang ,the Chairman, All Progressive Congress (APC) Plateau State and made available to newsmen in Jos . The statement reads that we want to thank Mr President Muhammadu Buhari for seeing him worthy of reappointment to serve again.  The APC also hailed the Governor of the state Barrister   Simon  Lalong for standing firm in recommending worthy Plateau sons and daughters and ensuring the state continues to have a growing representation at the national level. "The reappointment of Ari came to me and the entire APC in Plateau state with overwhelming joy cause of your proven capacity and capab
Post a Comment
Read more 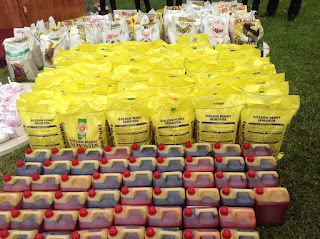 July 25,2020 Chris-Dashe Empowerment Initiative Distributes Food Items as Palliative to Plateau Widows Residing in Abuja&Environs * "When women are equipped, well placed and empowered, the society will be transformed and made a better place" - QS Bitrus Naangurum Christopher * "No one is too poor not to give out, in the little token you have gotten today, assist those who may not have" - QS Bitrus Naangurum Christopher * "Don't live for yourself alone, live for others" - QS Bitrus Naangurum Christopher In its commitment to put smiles on the faces of the vulnerable in the society, reduce the hardships being faced by them on account of the adverse impact of the dreaded Novel COVID-19 Pandemic and give them sense of belonging in the society, an NGO, Chris-Dashe Empowerment Initiative (CDEI) on Saturday 26th July, 2020 distributed food items as COVID-19 Palliative to Widows from the 17 Local Government Areas of Platea
1 comment
Read more 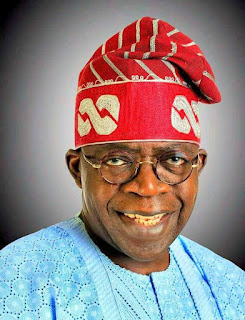 GROUP INAUGURATES MOVEMENT, RALLIES SUPPORT  FOR  TINUBU July 25,2020 The National Executive Council, NEC, of the MOVEMENT FOR THE ACTUALISATION OF TINUBU 2023 PRESIDENCY, MFAT, has just been inaugurated today being Saturday July 25, 2020. Inaugurating the NEC through online meeting of the Movement, the National Chairman of MFAT, Comrade Eric Olugbenga Eniola charged members to brace up to face the challenges before them towards realising their set dreams. In a statement credited to the National Chairman of the movement, Comrade Eric Olugbenga Eniola,he said "with the calibre of people in the NEC I have no doubt in my mind that their collective determination and hard work shall see the emergence of Asiwaju Ahmed Bola Tinubu  as not only the party's flag bearer, but the President of the Federal Republic of Nigeria come 2023". Comrade Eniola rolled out the vision of MFAT to members as: "TO SEE NIGERIA AS ONE UNITED AND INDIVISIBLE ENTITY; AND TO DEFEND THE POL
Post a Comment
Read more 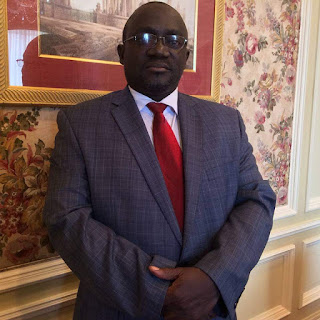 July 25,2020 Lalong excited with appointment of Bar Azi as Chairman Investment and Securities tribunal By Golok Nanmwa ,Jos Governor Simon Lalong on Saturday said he is excited with the appointment of another illustrious son of Plateau State, Barr. Amos Azi as the Chairman/CEO of the Investments and Securities Tribunal by President Muhammadu Buhari. Lalong in a congratulatory message signed by Dr Simon Macham ,his director of press and made available to newsmen in Jos .  He said the appointment of Barr. Azi is the right decision of putting a square peg in a square hole, considering the many years he has spent in the industry. The Governor  urges him to use his vast knowledge and wealth of experience as a lawyer who has deep understanding of the capital market to promote stability of the market and guarantee the security of investors' interests. Lalong  appreciates President Muhammadu Buhari and the Minister of Finance Mrs. Zainab Ahmed for identifying Barr. Azi
Post a Comment
Read more 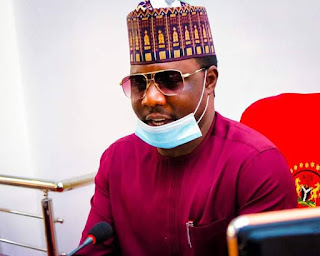 July 25,2020 Plateau speaker lauds correspondent chapel for conducting a   free and Peaceful election By Golok Nanmwa,Jos Speaker, Plateau State House of Assembly, Abok Ayuba, has lauded the correspondence chapel of the Nigeria Union of Journalist, Plateau State council for conducting a  free and Peaceful election. In a  statement through his Press Secretary, Bulus Atang, the Speaker congratulating the new Chairman, Gyang Bere and other  officials of the Chapel over their Victory. Abok advised the new executive to reach out to those who contested against them and work towards strengthening unity and foster understanding, tolerance and peaceful coexistence among members. He further advised the leadership of the Union to run the union transparently in the interest of all members and called for support to enable the new leadership succeed. The speaker while restating the 9th plateau State assembly commitment in sustaining the cordial relationship with the Correspondence c
Post a Comment
Read more 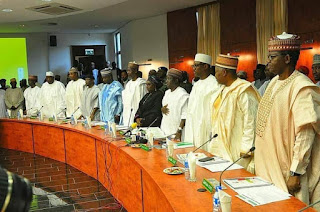 July 25,2020 Northern Governors mourn First Northern Lawyer , AGF Abdul Rasaq SAN; condole Kwara Governor By Golok Nanmwa,Jos  Northern Governors Forum has commiserated with their colleague, Governor Abdulrahman Abdulrasaq and the people of Kwara State over the death of his father and statesman Alhaji AbdulGaniyu Folorunsho Abdul-Razaq SAN (OFR) who died at the age of 93. Chairman of the Forum and Governor of Plateau State Simon  Lalong in a condolence message  signed by Dr  Simon Macham,, his Director of Press and Public Affairs  described the death of the first lawyer from Northern Nigeria as a great loss to not only the people of Kwara State, but to the entire region and the nation at large. Lalong said "we are saddened by the passing of this great man who brought pride and dignity to his family, the Northern region and Nigeria through the many responsibilities he handled during his life time. Though his death is painful, we should also celebrate his achievemen
Post a Comment
Read more 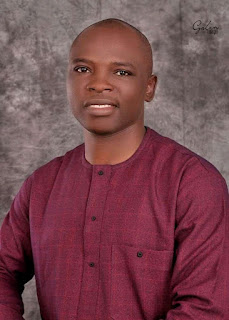 Gyang Bere floors Samson Omale ,emerges Plateau NUJ Correspondent Chapel chairman July 24,2020 Correspondents' Chapel of the Plateau Chapter of the Nigerian Union of Journalists (NUJ) on friday elected it's new officials who would steer its affairs for the next three years. The election which was earlier slated for July 22, was however, concluded on Friday, July 24, because the contestants for the chairmanship position scored same votes The keenly contested election had Mr Gyang Bere of the Sun Newspaper, emerged the new chairman of the chapel. Bere scored 33 votes to beat his closest opponent, Mr Samson Omale of the Silverbird Communications, who pulled 23 votes. Other officials elected include: Mr Douglas Francis of Core TV, Vice Chairman, Mr Pam Musa of New Telegraph newspaper, Financial Secretary and Mrs Martha Nyam of the News Agency of Nigeria (NAN), Treasurer. Also, Mr John Farinola of Channels TV, and Mr  Jude Dangwam of Daily Asset newspaper emerged A
Post a Comment
Read more
More posts