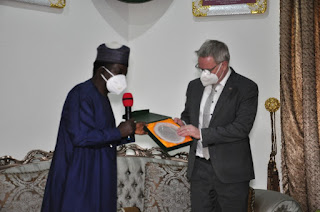 GIZ fosters stronger ties with Plateau  Febuary 19,2021 By Golok Nanmwa ,Jos   German International Development Agency (GIZ)  has said that  it will continue to support Plateau State in capacity building that will facilitate the creation of more jobs and economic opportunities for citizens of the State.  The new GIZ-SEDIN Head of the Programmes in Nigeria Markus Wauschkulm gave the commitment when he visited Governor Simon Lalong at the New Government House Rayfield Jos on a familiarisation visit to the State.  He said the partnership between GIZ and Plateau State runs deep and has positively affected many people in various areas especially agriculture value chain development, peace building and job creation. A statememt signed by  Simon Macham  Director of Press and Public Affairs to the Governor of Plateau State reads that Wauschkulm said the success of the programme in the country is very evident in Plateau State as many have been trained and given capacity to engage in economic ac
Post a Comment
Read more

Senator Nora trains  ,provides grants to over 120   beneficiaries in Plateau south  *Honours Late  Senator Longjan  * Febuary 19,2021 By Golok Nanmwa ,Jos  Senator  representing Plateau South in the National Assembly Prof. Nora Ladi Dadu’ut  in collaboration with Border Communities Development Agency yesterday provided grants to over 120 youths and women of her constituency . Our correspondent reports that  Professor Nora Daduut is the first female senator  in the history of Plateau  and   has been working round the clock to empower women since she got elected  . Speaking at the occasion in Shendam , Prof Nora said  "It is with great delight that I welcome you to today’s event, the training and provision of grants for our teeming  supporters for the good of our communities." She said " I give thanks to  the Almighty for making it possible for us to participate in  this for our growth and development. "Today’s event is a completion of what had commenced earlier on,
Post a Comment
Read more 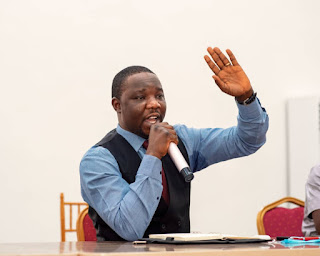 Youth commission to  be established soon  for equal representation - Plateau Speaker Febuary 17,2021 Plateau Speaker  Hon Abok Ayuba in parley with the youths across the state on Wednesday discussed relevant issues bothering the state such as their challenges and achievements recorded so far at the legislative to the executive arm of the administration. He sincerely cleared issues relating to some of the lapses of the government in the areas of governance noted by some youths.  He  was able to clear some grey areas as to how the government came and met a debt profile of over N119 bn though as at now the government was able reduced it to N108 bn . And explained the issues government encountered with some of the contractors handling the projects across the state especially with in Jos - Bukuru Metropolis and the reason for such delayance as there were bridge in agreement with some of the Contractors .. Hon Abok Ayuba assured  the youths that the 9th Assembly is currently working on laws
Post a Comment
Read more 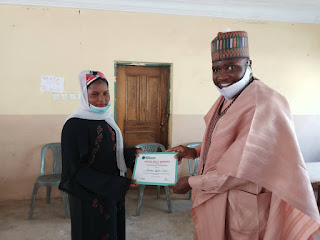 Febuary 17,2021 Plateau State government through Plateau Information and Communication Technology Development Agency (PICTDA) just rounded up the first batch of the ICT capacity training for business owners within Jos North.  Testimonials were great and right now looking at expanding the programme. Something is standing out in the overall scheme of things, the Governor of Plateau state Rt. Honourable Simon Bako Lalong is harping on the Plateau state Information and Communication Technology Development Agency to build ICT capacity of its indigenes and residents in Plateau state. In some coming days we would roll out about 500 more across the remaining local government areas In  attendance were the Chairman of Jos North Local Government, Hon. Shehu Bala and the commissioner for special duties Hon. Jerry Wer. Think Plateau Act Plateau!!
Post a Comment
Read more 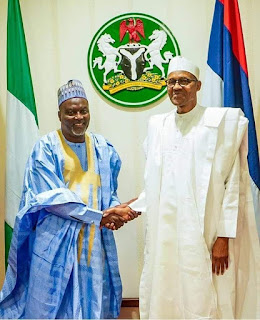 WASE EQUITY PROJECT WELCOMED THE FEDERAL GOVERNMENT’S APPROVAL FOR THE CONSTRUCTION OF THE COLLAPSED WASE- LANGTANG BRIDGE. Febuary 17,2021 Wase equity project welcomed the Federal Executive Council’s approval of the sum of 2.8 billion Naira for the construction the damaged bridge along Wase-Langtang road. The forum said among many competing demands across states, the Federal government looked the way of Wase constituency with this yet another project that will impact positively in the life of our people. We wish to acknowledge the efforts of the Deputy Speaker of house of representatives His Excellency, Rt Hon Ahmed Idris Wase who  leveraged on his personal and official contacts to get the nod of the Federal Government for this important intervention at this critical time,which when completed will impact on the constituency's transport system as well as socioeconomic activities of the Southern plateau The forum appriaciate the FEC under the leadership of President Muhammadu Buhari
Post a Comment
Read more 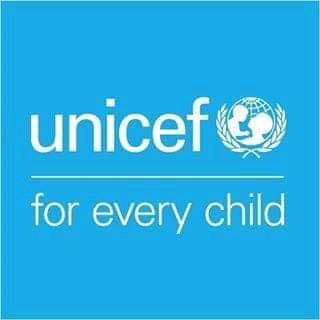 UNICEF condemns adduction of students in Kagara Niger state   Febuary 17,2021 By Golok Nanmwa ,Jos  United Nations Children’s Fund (UNICEF) on Wednesday  condemned  in strongest terms the attack on  Government Science College in Kagara, in Niger State by armed men . This was contained in a statement signed by Samuel Kaalu  Communication Specialist,UNICEF Nigeria  Field Office and made available to newsmen in Jos . UNICEF also called for the  immediate and unconditional release of any children who may be missing, and their safe return to their families.” The statement reads that " UNICEF is deeply concerned about these reported acts of violence." Attacks on schools are a violation of children’s rights. Children should feel safe at home and at school at all times and parents should not need to worry for the safety of their children when they send them off to school in the morning.” "UNICEF is aware of reports that many students are unaccounted for, though it is not yet cl
Post a Comment
Read more
More posts